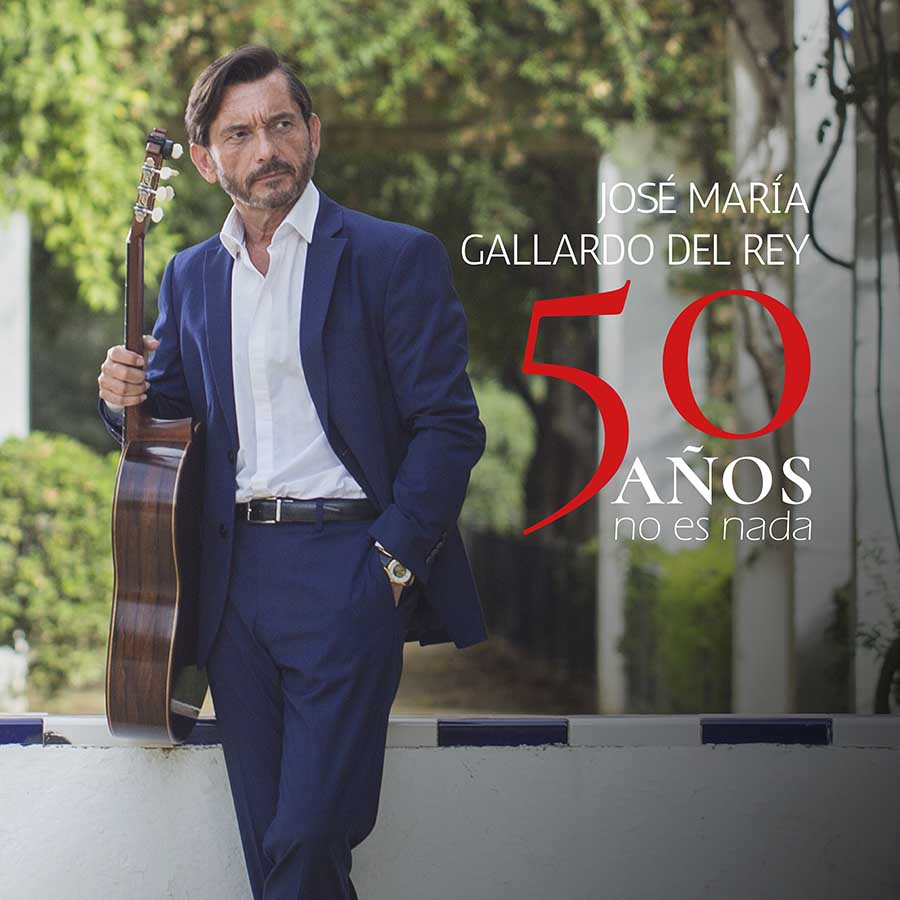 It all started one day in Reyes, when his uncle, “Andalusian of pure music fondness”, gave the boy José María Gallardo del Rey (Barcelona, 1961) a guitar in whose case, keeping a premonitory dream, was the Aranjuez Concert score. It was certainly not the first thing he played with nine years during his debut in Seville, but in 1990 he directed the work of Joaquín Rodrigo in Osaka, performed by the Telemann Chamber Orchestra, with an exceptional soloist, Paco de Lucía.

Music is an indispensable part of people. It is in all the parameters of life, from the pumping of the heart, which already has a rhythm and to which, if we put a metronome, we will not be mistaken, until the crying of a newborn, which can be a ‘groan’ ‘. Any moment of existence is blessed by music

So, using Nietszche’s phrase, “Without music, life would be a mistake”, Gallardo del Rey now publishes 50 years on double CD, is nothing (Universal), a selection of thirty pieces, which are the soundtrack of his “love story with the guitar”, which includes a good number of his own compositions, on the one hand, and on the other, interpretations ranging from JS Bach to Piazzola or from Mendelssohn to Falla, passing through García Lorca, Bacarisse or Rodrigo.

I always like to say that the instrument I play is the Spanish guitar, because I feel that I cover those two aspects, the classical and the flamenco, that nourish my soul as a creator and my interpreter journey ”. A classical flamenco guitarist, a flamenco guitarist who plays classical? “I will never thank my mother enough that before entering the conservatory I would study with a flamenco guitarist. This fact was crucial in my career, since it made me aware that rhythm is more important than metric, that emotion is more important than perfection and that, first and foremost, the identity language that flamenco provides you by playing a instrument like the Spanish guitar is something priceless when you have it since childhood. ”

Rhythm is more important than metrics, emotion than perfection. That’s what flamenco teaches you

Gallardo del Rey, who has shared the stage with John Williams, Menuhin, Rampal, Ozawa, Elton John or Rostropovich, and who has offered concerts at the Theater of the Champs Elyseé, Comic Opera of Paris, Konzerthaus of Vienna, Royal Theater, National Auditorium of Music of Madrid, Stravinski Auditorium of Montreaux, Performance Arts Center of California or Carnegie Hall of New York, now chooses those that for him are his most representative works in order to celebrate that half century of incessant professional activity, which he has given as result an extensive record of first magnitude.

“I wanted to make a compilation to attend a repertoire that encompassed a double criterion: on the one hand, with a look at what the guitar is as a solo instrument, but I didn’t want to forget about that other dimension that is to share the stage with other artists , with other musical genres and with other instruments. Hence, in this tour of the fifties my recordings with Teresa Berganza, Plácido Domingo, Ezequiel Cortabarría, that great Argentine flutist, guitarist Miguel Ángel Cortés, my flamenco brother, or singer Paco del Pozo, had a significant representation. That I admire. The world of classical guitar is very lonely and does not usually share its space. The opposite of flamenco, where before becoming a concert player you have to go through that kind of conservatory that is the accompaniment to dancing and singing ”.

From the height of fifty years full of sounds that flow from the guitar itself, from that watchtower of travels, from theaters in the confines of the world, from meetings and countries, from that open and endless field, where memory is veiled and almost It does not cover the passage of time, the world can be seen differently. Then the silence of the images that are blurred is preferred. “More than maturity, I choose the term perspective. When you have turned so many years playing an instrument, you get out of that scenario a little to see yourself from outside, you are aware of where you are and where you have been to not repeat mistakes and also to celebrate with joy having made the music that fills you.”